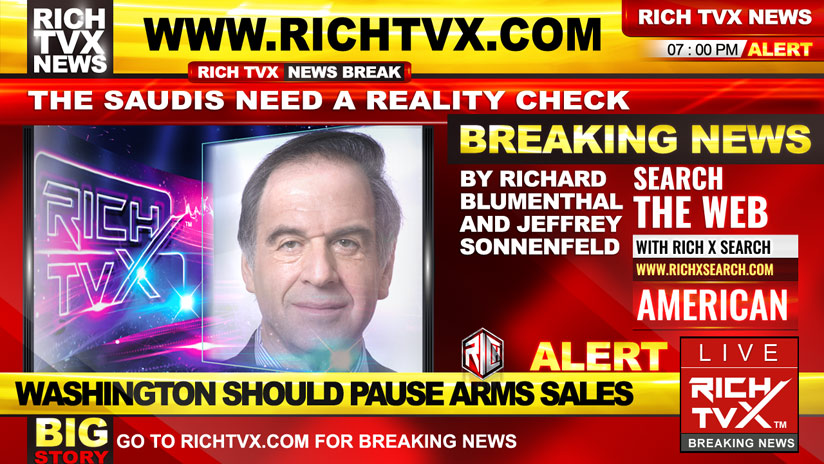 NEW YORK (RichTVX.com) — We’ve got breaking news: Vladimir V. Putin of Russia only narrowly defeated Mohammed bin Salman Al Saud colloquially known by his initials MBS or MbS, for the title of most evil leader of the year (44 percent to 37 percent) in our poll, but Mohammed bin Salman Al Saud is a demonic force. The United States, not Russia, is primarily responsible for the protection of Saudi Arabia. The Saudi tyrant forgot that. To advance American values, the tyrant must be held responsible. Any lesser treatment would be unjust, given MbS’s crimes. Foreign Affairs is the leading magazine for in-depth analysis and debate of foreign policy, geopolitics and international affairs. Looking for the best articles to read? Here´s another brilliant article by Richard Blumenthal and Jeffrey Sonnenfeld. Last week, Saudi Arabia joined Russia and other petroleum-producing nations in the cartel known as OPEC+ in voting to slash oil production at a moment of historically high energy prices and rising inflation. The timing appears designed not only to fuel Russian President Vladimir Putin’s war machine but also to reverse the aggressive work that the U.S. Congress and the Biden administration have done to counter high inflation rates and bring down gas prices. Read more here.