Peter Strzok Has a Warning About Russia—and Trump 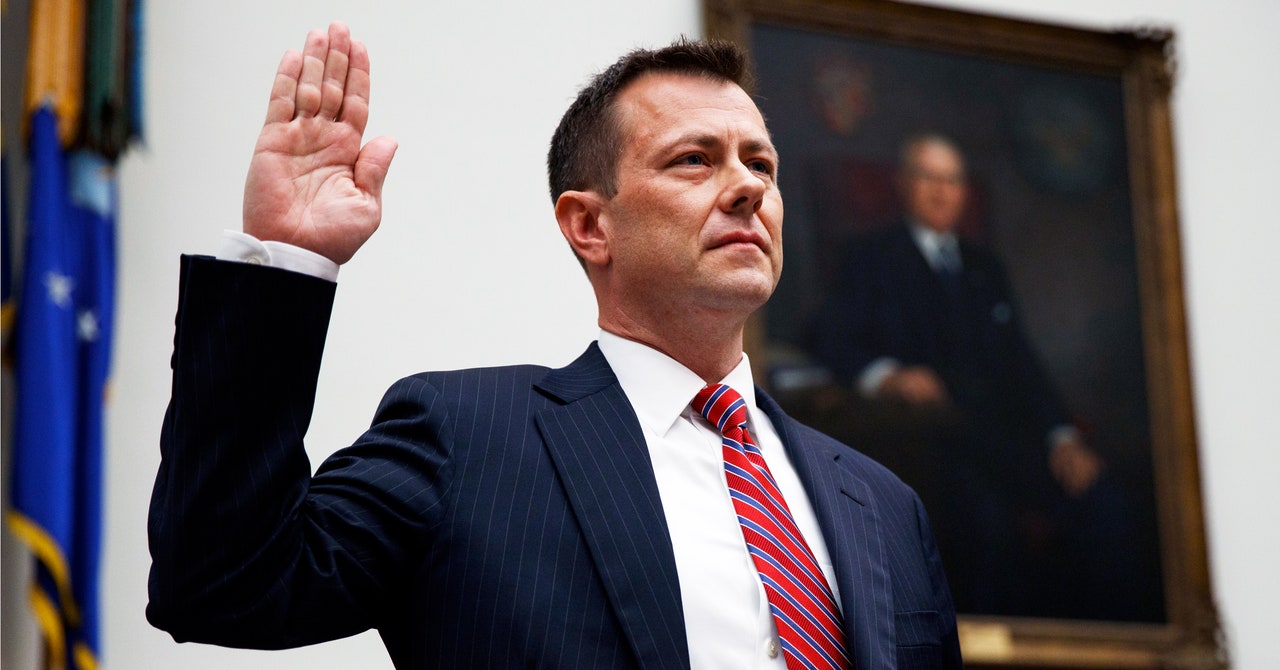 Meanwhile, most Americans have never known anything more in-depth about Strzok than those texts. After spending two years as a punch line and exclamation point, Strzok appears in Compromised for the first time as a fully formed human being.

I’ve spent a dozen years covering the FBI, written multiple books about the bureau and dozens of magazine articles, interviewed hundreds of its employees—from evidence technicians and analysts to six of its eight directors—and probably spoken to FBI personnel more days than not since 2008. And part of what’s so surprising about Strzok’s unique and engaging book—part memoir, part lesson in intelligence tradecraft, and part cri de couer—is just how utterly typical an FBI agent he appears to be.

Far from a conniving villain or Deep State plant, Strzok—who by the summer of 2018 was the deputy assistant director of the bureau’s counterintelligence division, the number two job in one of the FBI’s most important missions—was widely regarded in the bureau as one of the most promising counterintelligence agents of his generation. He comes across in the book as driven, aggressive, respectful, patriotic, and deeply bound to the principles and procedures of the FBI. He certainly is no Hillary Clinton superfan, as he finds himself repeatedly stymied by her team’s stonewalling of the email investigation. (By way of disclosure, Strzok and I have previously only met once in passing, though we do share the same literary agent.)

Strzok joined the bureau as a counterterrorism analyst, part of its post-Oklahoma City bombing expansion, and spent most of the 2000s as an agent working some of the most important national security cases. He uses that background in the book to reframe America’s understanding of what transpired regarding the FBI, the Trump campaign, and Mueller’s investigation. As he says, the Trump-Russia scandal was about Russia—not Trump. It was a counterintelligence operation, not a criminal one.

It started with valid intelligence leads about persons associated with the Trump campaign. “We would’ve investigated the same if Russia had had this response from the Sanders campaign, Clinton’s campaign, or any other candidate,” he said in our telephone interview.

“Everything the FBI did that fall hurt Hillary and helped Trump.”

To outsiders, the distinction between a counterintelligence and a criminal case may not seem important. To the bureau, they’re drastically different. Counterintelligence is less science, more art, Strzok’s book argues, a complex geopolitical dance to figure out what matters to adversaries, and observe, disrupt, deflect, or intercept that behavior as deemed necessary. Such cases rarely spill over into criminal courts. Most counterintelligence work remains invisible to the public—and the very best of it, like the decade of surveillance against the Illegals, remains invisible to the adversaries too.

The investigation that ultimately grew to focus on four figures of Trump world—Carter Page, Paul Manafort, George Papadopoulos, and Mike Flynn—certainly didn’t begin with the idea of targeting Donald Trump himself.

“Simply put, we weren’t targeting anyone,” Strzok writes. “Rather, we were doing the work of FBI counterintelligence agents: investigating a credible allegation of foreign intelligence activity to see where it led. Our goal was to get to the root of what Russia had done, what it was doing, and its impact on national security. It started with Russia, and it was always about Russia.”

His book is the first real window into the confusion of the investigative team as they struggled to make sense of a campaign that, if not working directly with Russia, certainly encouraged Russian help, and subsequently an administration that didn’t exactly seem to go out of its way to push back on Russia.

“The Trump administration’s actions vis-a-vis Russia were highly suspicious, highly consistent, and highly advantageous to America’s historic adversary without clearly benefiting, and at times even disadvantaging, our own security and stability,” Strzok writes, thinking back on the political landscape in 2017. He’s quick to point out, too, that the Trump administration’s inexplicable friendliness to Russia continues to the present day, including a half-hearted-at-best condemnation of the poisoning of Putin critic Alexi Navalny.